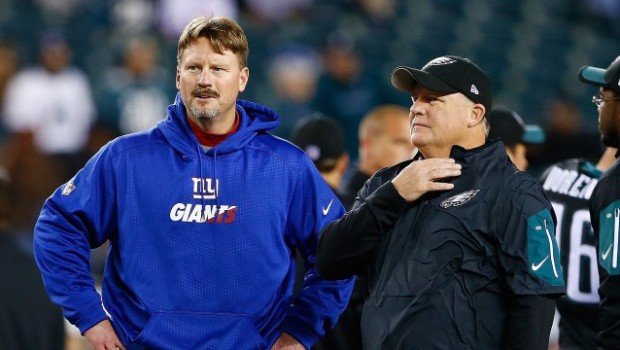 HOW EAGLES BLEW A CHANCE TO HIRE BEN MCADOO TO REPLACE CHIP!

McAdoo was supposed to be in Philly on Thursday morning for his second meeting with the Eagles.

That was alarming news to the Giants. They had sweated out the possibility that Tom Coughlin, who resigned as the team’s head coach last week, would end up on the Eagles’ sideline. Coughlin had that day withdrawn his name from consideration in Philly, but now McAdoo appeared to be moving to the top of the Eagles’ coaching wish list.

“We knew we would regret letting him go elsewhere,” John Mara, a Giants co-owner, said of McAdoo. “I guess you could say he had been the favorite.”