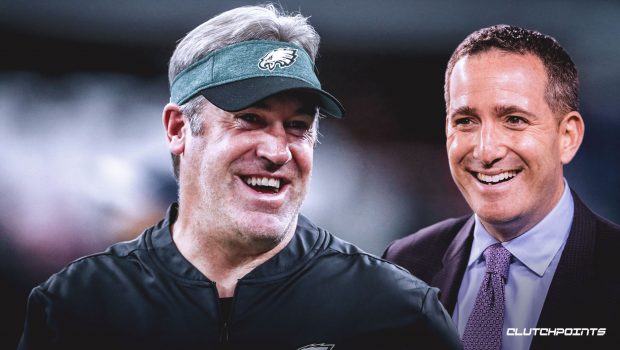 HOW DOUGIE P AND HOWIE HAVE BUILT AN EAGLES MACHINE!

Doug Pederson won 13 games and led the Eagles to their first Super Bowl title during his second season at the helm, and last season he led them to another playoff win.

His ability to get along with general manager Howie Roseman has been a big reason why, something former Eagles head coach Chip Kelly was not able to do.

So, how has Pederson been able to maintain such a good relationship with Roseman? It’s just par for the course for the former NFL quarterback:

“Because I get along with everybody,” Pederson said, according to NJ.com

“Listen, I was hired to be the head football coach, not the general manager. I was hired to teach football. Howie was hired to do the job that he does … There has to be great communication and great dialog between those departments: coaching and scouting.”

Pederson also says he has been leaning on the team’s scouting through his first three years at the helm:

“That’s the one thing, when I was here in (2016), that’s not my expertise,” said Pederson. “I can sit here and watch tape and write a report, and say ‘this guy can do this, this, and this.’ And until we get him in the building and coach him up, you just don’t know. You lean on so much on our scouting department.”