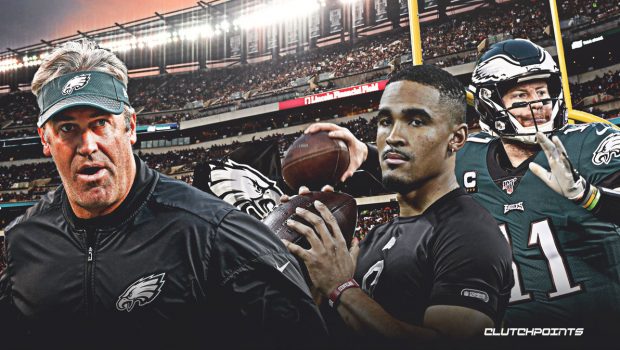 HOW DO THESE EAGLES COMPARE TO THE SUPE YEAR? THEY’RE BETTER!

Peter King, the seer without peer at NBC Sports, has finally gotten around to concentrating on the Eagles.

And he likes what he has seen:

The Eagles are the best team in football with a month left in the regular season:

Philadelphia, 12-1. First team to clinch a playoff berth with the 48-22 rout of the formerly impressive Giants in Jersey Sunday. Philly has a two-game lead for NFC home-field, with the tiebreaker edge over both 10-3 teams, Dallas and Minnesota.

The fun’s not over.

Five years ago, the Pederson/Wentz/Foles/Ertz Eagles got on a roll and had some Super Bowl fun.

This year, the Sirianni/Hurts/Brown/Sanders Eagles (with assists from many more) have fewer questions.

Five years ago this weekend, Carson Wentz was lost with his torn ACL, and the Eagles were 11-2, and Nick Foles made his magic.

Now they’re 12-1 with a different cast that may be a better cast.

The next two months will tell.