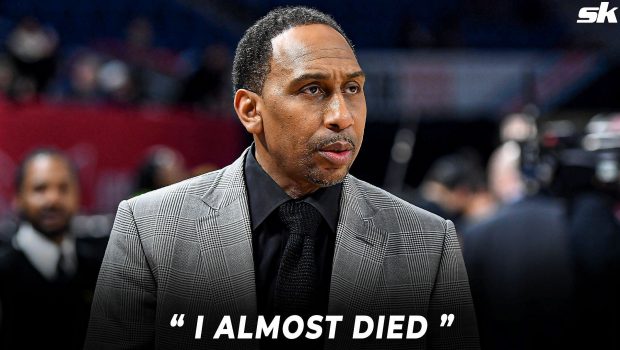 And he revealed some scary details regarding his recent battle with COVID-19.

“You’re assuming that you’re gonna have a fever, might have a cough, gonna have that massive headache, but you’ll get over it,” Smith said.

“And in a lot of cases, that was the case. In my case, it was totally different.”

Smith, 54, who was a columnist in Philly at the Inky 20 years ago, tested positive for the coronavirus in mid-December. From there, things only grew worse.

According to Smith, he developed serious symptoms that left him hospitalized and fighting for his life. Fortunately, he pulled through, but not before a terrifying bout from which he’s still recovering.

“I had a 103-degree fever every night. Woke up with chills and a pool of sweat. Headaches were massive. Coughing profusely,” Smith said. “And it got to a point that right before New Year’s Eve, I was in the hospital New Year’s Eve into New Year’s Day. That was how I brought in the New Year. And they told me had I not been vaccinated, I wouldn’t be here. That’s how bad I was.

“I had pneumonia in both lungs. My liver was bad. And it ravaged me, to the point where even now I have to monitor my volume, gotta get in the gym every day, walk before you run and work your way back because I’m still not 100% with my lungs, but I’m COVID negative and all of that stuff and I’m on the road to recovery. But if it wasn’t for several doctors … I wouldn’t be here.”