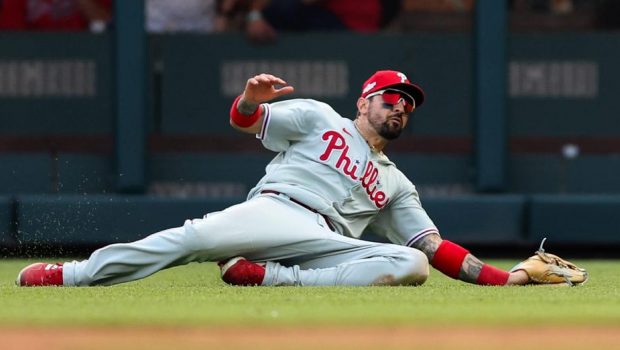 HOW CASTELLANOS BROKE OUT AND WON GAME 1 FOR THE PHILS!

Nick Castellanos went 3-for-5 with three RBI on Tuesday, leading the Phillies to a 7-6 victory in Game 1 of the NLDS against the Braves.

Castellanos was 0-for-7 in a pair of games against the Cardinals in the NL Wild Card round.

But he broke out with a vengeance against the Braves.

He also made a sensational sliding catch in the ninth inning on a William Contreras line-drive to right field, preventing the potential game-tying run from reaching base.

CHRISTIAN PULISIC’S BALLS ARE FINE: I WANT TO PLAY!