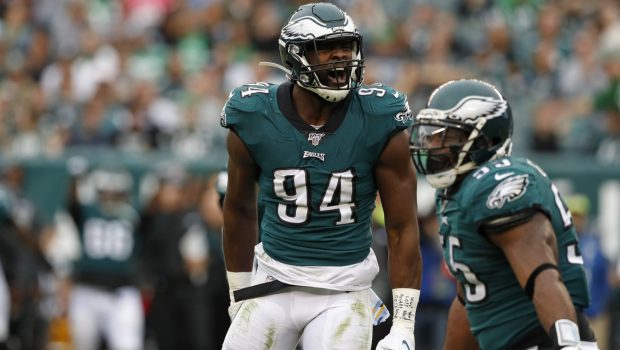 HOW BAD WAS EAGLES DEFENSE VS. KC? SETH JOYNER HAS THOUGHTS!

Derek Barnett was the only defensive lineman who had a strong performance, recording a 20% pressure rate, according to Pro Football Focus.

Josh Sweat was the only other Eagle to generate more than one pressure, and Javon Hargrave was able to pick up a coverage sack, as well.

The Eagles couldn’t be more opposite in their use of second-level defenders in comparison to Kansas City. The linebacker corps only had five combined pass rush opportunities, with one pressure.

This carries over to the run game: With such a conservative approach, no linebacker logged a tackle for loss or no gain, and only two had a defensive stop in the run game.

The Eagles secondary surrendered 12 receptions on 16 targets (nine going for a first down or touchdown), 5.19 yards per coverage snap and a 152.9 passer rating.