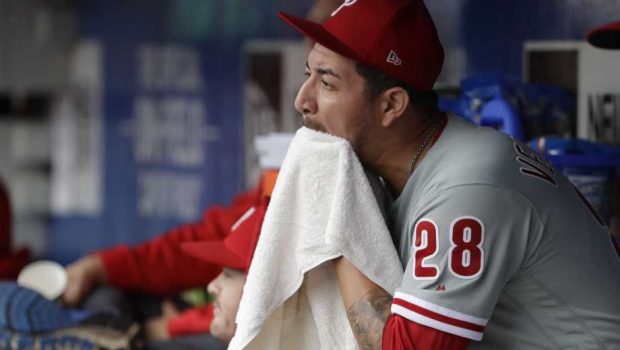 HOW BAD IS PHILLIES PITCHING? VINCE VELASQUEZ IS BACK FOR 2021!

Do you want a true gauge of how bad the Phillies pitching situation is?

They offered the 28-year-old right-hander a contract before last night’s 8 p.m. ET deadline to tender deals to players eligible for salary arbitration. Velasquez was a non-tender candidate, based on his inconsistencies the past four seasons and a projected $4.55 million salary, according to Cot’s Baseball Contracts, while the organization cuts costs and personnel after claiming losses of more than $150 million following a pandemic-shortened 60-game season.

In the end, the Phillies’ lack of starting pitching depth pushed them to keep him.