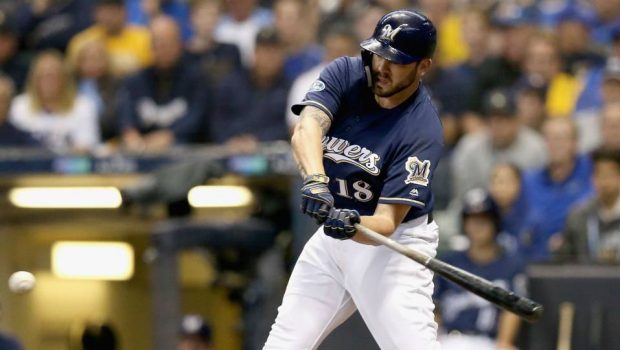 HOW ABOUT MIKE MOUSTAKAS IF PHILS CAN’T SIGN MANNY MACHADO?

So, what if the Phils fail to sign free agent infielder Manny Machado?

But, according to a report from Fancred Sports, which cites unidentified league sources, the team’s pursuit of him could depend on what happens with Machado:

Phillies have interest in Mike Moustakas. A Move for Moose likely depends on how Machado pursuit works out for them, though.

Moustakas is coming off of a year in which he batted .251 with 28 home runs and 95 RBIs between the Royals and Brewers.

His 28 homers is the second most he has hit in a season and a good sign as he proved his recent power he discovered in 2017 to prove it was not a flash in the pan.

The two-time All-Star played the 2018 season on a one-year deal. He ultimately didn’t sign a long-term contract with a team possibly because the Royals extended him a qualifying offer which forces teams to surrender a draft pick in order to sign the player.

There is no qualifying offer on Moustakas this season and he will likely have to wait until Machado signs to get himself a deal.

Machado has met with the Phillies this offseason but it is unclear if they made him an offer or not. He reportedly got a seven-year, $175 million offer from the White Sox, but his agent disputed that number.

Many believe he will get a deal — with the Phillies or not — in the eight-plus and $200 million or more range.