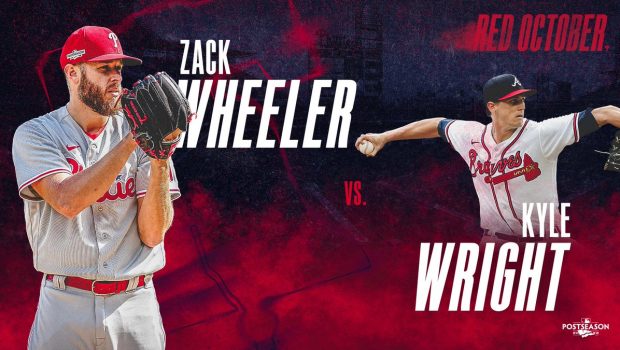 HOW A HIT BATTER SEEMED TO UNRAVEL PHILS ZACK WHEELER!

Phils ace Zack Wheeler was working on a one-hitter going into the sixth inning last night.

Wheeler got a strikeout and flyout to center to start the sixth.

Then a sinker darted into the elbow of Ronald Acuña Jr., who walked to first after being swarmed by Atlanta’s trainers.

Dansby Swanson walked on a full count before Matt Olson turned a slider into a single.

Austin Riley tapped out an infield single that gave Swanson enough space to score. Another single off a slider, this one by catcher Travis d’Arnaud, brought home Olson, too.

“He had everything going,” Phillies manager Rob Thomson said of Wheeler. “I don’t know whether the hit batsman threw him off a little bit or not.” But, Thomson said, Wheeler ultimately “just kind of unraveled.”