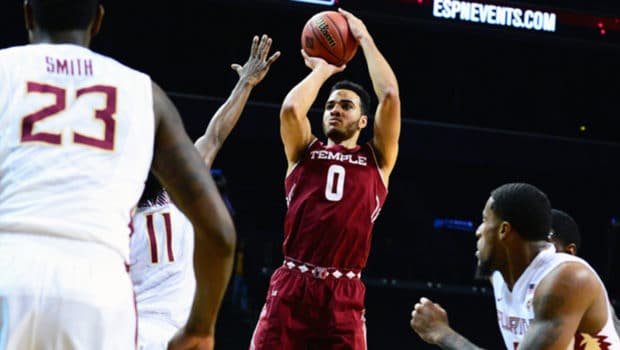 Temple ended 2017 on a sour note, losing at Houston 76-73 as Breaon Brady scored a career-high 21 points, on 8-of-9 shooting, and grabbed nine rebounds.

Brady, a JUCO transfer, left the game midway through the second half with an apparent ankle injury.

Davis scored seven points, and Corey Davis Jr. hit two 3-pointers, during a 20-2 run that gave Houston a 12-point lead and Fabian White Jr. hit a jumper that made it 70-59 with 2:24 remaining. Shizz Alston Jr. hit a 3-pointer for the Owls that capped a 7-0 spurt with 48 seconds left and added another 3 left that trimmed Temple’s deficit to 74-73 with nine seconds to go. Rob Gray hit two free throws on the other end and Alston’s potential tying 3-pointer at the buzzer fell short.

Neither team led by more than four points, and there were 12 lead changes, in the first half.