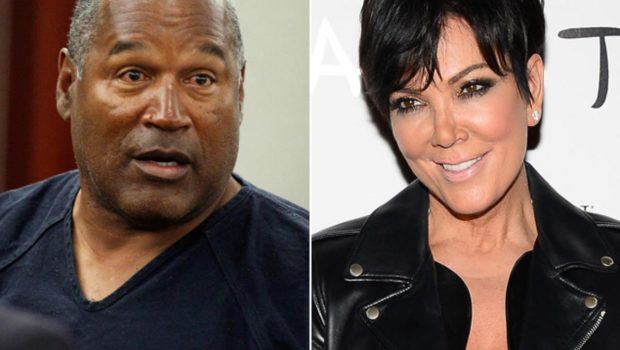 As a touchstone for gossip, jailbird O. J. Simpson is hotter than ever.

After ESPN’s seven-hour-and-43-minute documentary on Simpson concludes tonight, you’ll be able to see more of Simpson in a separate documentary produced by Reelz.

“Kardashian: The Man Who Saved O.J.” revolves around Robert Kardashian. It aired on June 13 and re-raised some questions about the paternity of Khloe Kardashian.

In the documentary, a guard who used to watch over Simpson (above with Kris Jenner, Khloe’s mom) at the Lovelock Correctional Center in Nevada is interviewed and shares some interesting tidbits.

The guard, Jeffrey Felix, was in charge of watching Simpson for several years and even wrote a book called Guarding the Juice.

“She has to go there and talk to him. He wants her to come out to Lovelock and visit him in person,” Felix said. “O.J. will do it and the prison officials have told him they will allow it. It’s just a quick mouth swab and they would allow it to happen during a visit.”