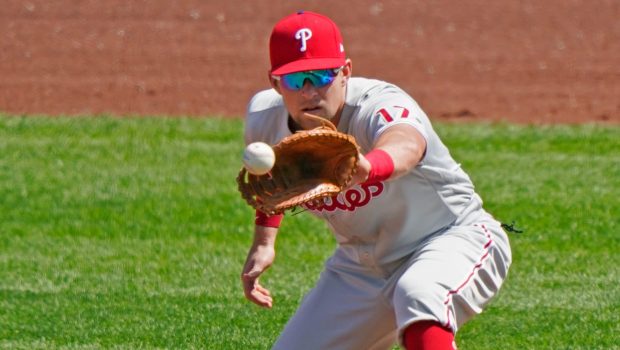 HOSKINS WILL BE BACK NEXT APRIL AFTER SURGERY (NOT TOMMY JOHN)

Phils first baseman Rhys Hoskins had successful surgery last week to repair the ulnar collateral ligament in his left elbow and is expected to be ready to play in four to six months.

The team estimates his return sometime between early February and early April.

Phillies physician Steve Cohen performed the procedure, which was not Tommy John surgery.

Hoskins injured his non-throwing elbow on Sept. 12 in Miami, when he collided with Marlins outfielder Corey Dickerson on a play at first base. Hoskins tried to come back and hit in the season’s final week, but he could not. He finished 2020 with a .245/.384/.503 slash line and 10 home runs in 185 plate appearances.