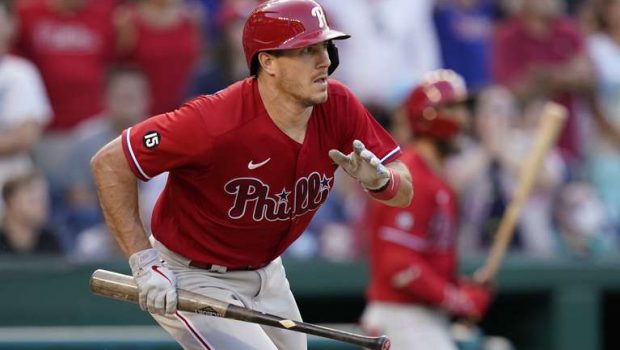 HOSKINS GETS $7.7M FOR 1 YEAR, AVOIDING ARB WITH PHILS

MLB players with between 3-6 years of service time are eligible for salary arbitration if they don’t have a contract for the next season.

Rhys Hoskins, who has been in the majors since 2017, has just over four years worth of time, according to FanGraphs.

The 29-year old first baseman is eligible for arbitration again in 2023 then free agency in 2024, provided he hasn’t signed a new contract by then.

Rhys Hoskins and the Phillies avoid arbitration. He gets $7.7 million