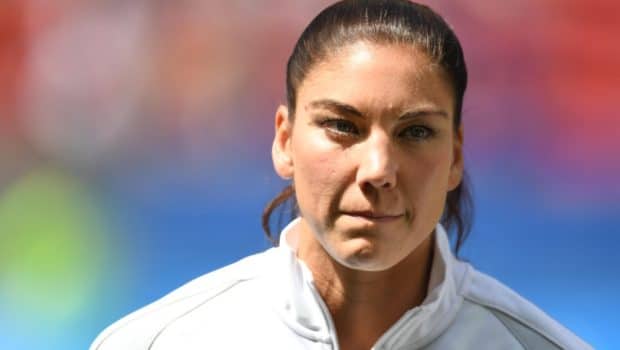 Hope you got your fill of watching Hope Solo at the Rio Olympics, because it is unlikely you will see here again on the U. S. soccer tea.

Citing her comments following the U.S.’s loss to Sweden earlier this month, the U.S. Soccer Federation handed down a six-month suspension to Solo, who was suspended for 30 days for a separate incident last year.

“The comments by Hope Solo after the match against Sweden during the 2016 Olympics were unacceptable and do not meet the standard of conduct we require from our National Team players,” said U.S. Soccer President Sunil Gulati. “Beyond the athletic arena, and beyond the results, the Olympics celebrate and represent the ideals of fair play and respect. We expect all of our representatives to honor those principles, with no exceptions.

“Taking into consideration the past incidents involving Hope, as well as the private conversations we’ve had requiring her to conduct herself in a manner befitting a U.S. National Team member, U.S. Soccer determined this is the appropriate disciplinary action.”

Solo immediately followed with a statement of her own, saying she was “saddened” and “only wanted the best for this team.” USWNT Players Association executive director Rich Nichols, for his part, called the punishment “disproportionate,” a “violation of Ms. Solo’s First Amendment Rights,” and questioned whether this “action would have ever been taken against a male player.”