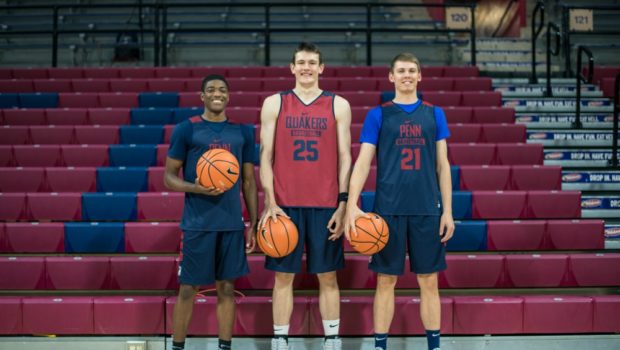 HOOPS HEAVEN! EVEN THE APPROPRIATELY CYNICAL DAILY PENNSYLVANIAN IS PSYCHED FOR THE QUAKERS!

There was plenty of reason to question AJ Brodeur’s decision-making when he committed to play for coach Steve Donahue at Penn before his senior year of high school in July 2015.

Not only had Brodeur sported offers from high-major programs like Notre Dame, which was coming off a trip to the Elite 8, but also Penn men’s basketball was simply in a bad place. Just three months earlier, Donahue’s predecessor, Jerome Allen, had been forced to resign following a dismal 9-19 season that saw the Quakers tie for last in the Ivy League. And it wasn’t just one down year.

Allen had failed to bring Penn to the NCAA tournament in any of his six seasons stalking the Palestra sidelines — the same Penn that had dominated the Ivies for the better part of four decades and the same Allen who was twice named Ivy League Player of the Year during his legendary playing career with the Red and Blue.

Fans were optimistic that Donahue’s coaching pedigree would help restore the prestige Penn basketball once held, but even Donahue knew that it would take special kinds of players to bring Penn back to relevance.

“We’re going to recruit high-character kids that play an extremely fast, skilled, gritty and smart style of basketball,” Donahue said after being hired: