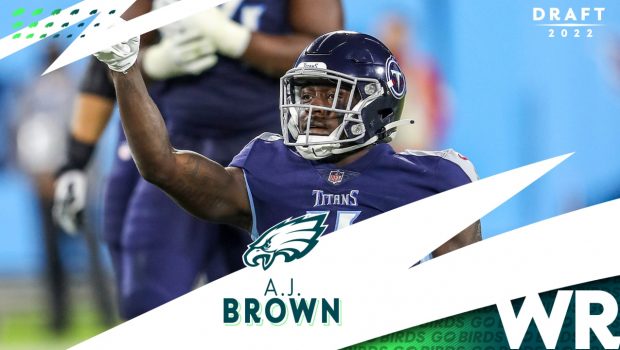 HOLY BLIND SIDE: WIDEOUTS ARE THE NEW NEW NFL THING!

Quarterbacks and left tackles are no longer the hot NFL position.

“The Blind Side” did it for left tackles.

And QB’s have been the glamor position forever.

But now the NFL is turning to wide receivers as the next place to drop bib bucks and expect big returns.

The Packers dealt Davante Adams to the Raiders for first- and second-round picks, and Las Vegas immediately signed him to a contract that pays him $28 million per year.

The Chiefs shipped Tyreek Hill to the Dolphins for a similar haul, and Hill signed an extension that averages $30 million per season.

On Thursday, A.J. Brown immediately signed a deal with Philadelphia that could pay him $100 million over four years.

Within minutes of dealing A.J. Brown, the Titans used the pick they acquired, No. 18 overall, on Arkansas receiver Treylon Burks.

The movement may not be over. Deebo Samuel has agitated for a trade from San Francisco, although the 49ers insist they will not deal him. The Seahawks may decide moving DK Metcalf could supercharge the rebuild they began when they shipped out Russell Wilson. The world is shifting at wide receiver, and NFL teams have to keep up.