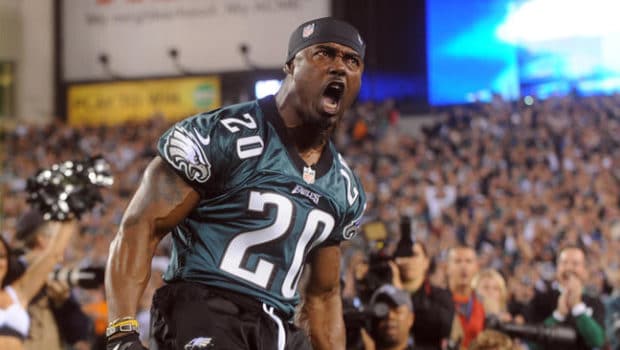 A call to Canton will have to wait for Eagles legend Brian Dawkins and former Birds WR Terrell Owens.

Dawkins, a nine-time NFL Pro Bowler, did not earn a spot in the Pro Football Hall of Fame during his first year of eligibility. A 46-person selection committee met yesterdayto pick the 2017 class of inductees, and Dawkins did not make the final cut.

Owens also missed out enshrinement in his second year of eligibility.

The selection committee voted to enshrine seven others into the Hall of Fame, including five modern-era players who beat out Dawkins and Owens. Here’s the list of inductees:

Dawkins earned first-team all-pro honors four times during his career, which spanned from 1996 to 2011. His versatility helped usher in a new wave of NFL safeties, and he remains the only player in league history with at least 25 career interceptions, forced fumbles and sacks.

Though Dawkins spent his final three NFL seasons in Denver, he made his deepest imprint during 13 years in Philly.

He remains a beloved figure in the town and now works in the Eagles’ football operations department, helping with player development. Dawkins’ credentials appear to stack up well with other defensive backs in the Hall of Fame, so he’ll be a strong candidate for induction again next year.

Owens spent just two years of his storied career in Philly, proving explosive on and off the field. After starring for the team in 2004 and turning in a memorable Super Bowl appearance, he demanded a better contract the next offseason.

Owens never got his new deal, and the Eagles suspended the star receiver midway through the 2005 season for what they called conduct detrimental to the team, before cutting him the next spring.

But by the time Owens left the NFL he ranked second in league history with 15,934 career receiving yards. Many analysts believe his off-field antic and reputation as a locker room nuisance have kept him out of the Hall through two years of eligibility.