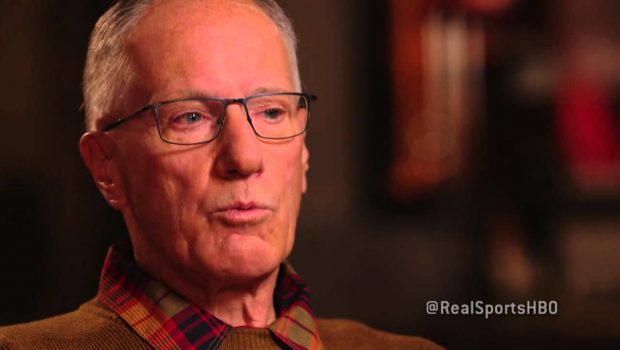 Says Richard Deitsch of The Athletic:

No sports broadcaster ever did frantic better than Mike Emrick.

He was the perfect soundtrack for a sport that often accelerates to a top speed faster than the eye can comprehend.

Emrick littered his broadcasts with a panoply of verbs and facts and stories produced only through intense preparation.

He had a scholar’s appreciation of history and the experience of a broadcaster who had been at the rink many times before. It was a great mix.

The 74-year-old announced his retirement yesterday after five decades of Hall of Fame broadcasting — and what a career it was.

Traveling through an alphabet soup of employers (including NBC, CBS, Fox, MSG, VERSUS, TNT, OLN, CSTV, SportsChannel Philadelphia, PRISM and Fox Sports Net) during his career, Emrick cemented himself as the announcer most associated with the NHL in America. His broadcasting numbers are Scully-esque: