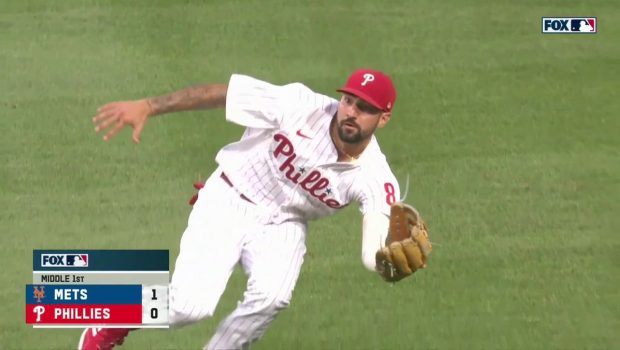 Signed in the offseason to a five-year, $100M contract, Nick Castellanos’ few months of his tenure in Philly didn’t go so well, though he had turned things around over the past month.

Through the end of July, he was hitting just .257/.300/.373 but has hit .294/.327/.490 since the calendar flipped to August. That progress seems to have now hit a couple of snags, as he already missed a few games earlier this week due to turf toe, with this oblique issue now added into the mix.

Castellanos has yet to be placed on the injured list, but losing his hot bat for even a few games will be a setback for the club.

The Phillies are currently holding onto the final Wild Card spot in the National League, with the Brewers just three games back.

Health concerns continue to mount for the Phillies at a crucial point in the season.

Nick Castellanos is now headed for an MRI.https://t.co/W5o6WwVSAf