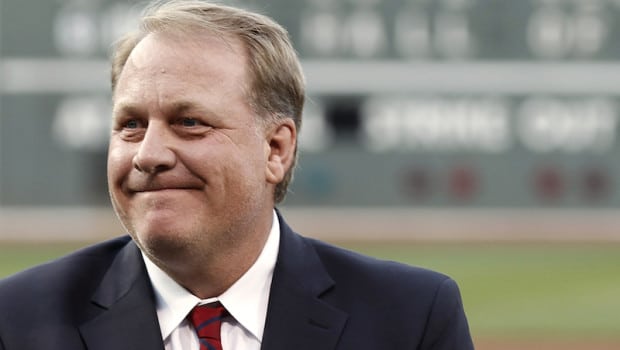 That he fired at himself!

Despite appearing to violate an ESPN policy on commentary relating to the presidential election, Schilling will be back on ESPN’s baseball team.

ESPN confirmed that the controversial former pitcher will be a part of its “Monday Night Baseball” telecasts, this after comments earlier in March that Hillary Clinton “should be buried under a jail somewhere.”

The six-time all-star pitcher, who has gained notice for frequently using social media to share conservative-minded memes and commentary, had this to say to a Kansas City sports radio station when asked if Clinton should go to jail for using a private email server:

“I hope she does. If I’m gonna believe, and I don’t have any reason not to believe, that she gave classified information on hundreds if not thousands of emails on a public server after what happened to General [David] Petraeus, she should be buried under a jail somewhere.” …

“If [Clinton is] allowed to get to the general election before she’s in prison, I’ll be stunned and upset,” Schilling added.