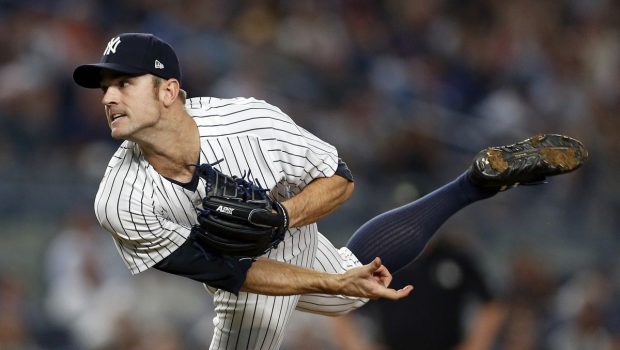 “I’ve had a wonderful time playing in New York; they’re an excellent organization, first class in everything, and I was fortunate to go to the playoffs with them six times,” said Robertson, who worked without an agent in these negotiations. “Being that this was my second time in free agency, there are other options out there, and there are other places to go. New York will always hold a place in my heart, but I think it was just time for me to go somewhere else.”

David Robertson has averaged 11.97 strikeouts per nine innings in his 11-year career, the most of any pitcher with at least 650 innings pitched. Last season, he had a 3.23 earned run average, with 91 strikeouts in 69 ⅔ innings.

Robertson pitched in the last World Series game at Citizens Bank Park, for the Yankees in Game 5 in 2009, when the Phillies were a National League power. They have fallen since then and have tried to spend aggressively this winter, acquiring the All-Star shortstop Jean Segura in a trade with Seattle and signing outfielder Andrew McCutchen — a Yankee late last season — for three years and $50 million.

Their biggest moves could still be to come.

The Phillies will reportedly visit soon with the free-agent outfielder Bryce Harper, and they met last month with infielder Manny Machado, who also met with the Yankees.

“Manny and his group were great,” Klentak said, adding later, “It was a productive day, and I expect that the dialogue there will continue.”

The Yankees were not in serious talks with Robertson, who declined to elaborate on his role as union representative for the team’s divisive vote on postseason shares. The Yankees’ players awarded fewer full shares than any other team, rankling some within the organization.