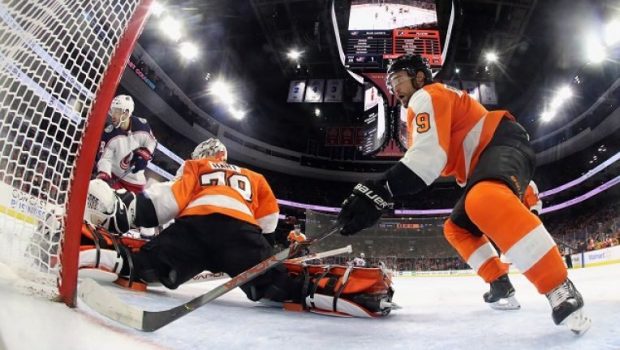 The Flyers have already lost four games in a row on three different occasions. That many extended losing streaks should completely bury a team.

But not the Flyers. They enter this week with one of the league’s best records (sixth-best points percentage), are currently on a six-game winning streak, and are just three points out of first place in the Metropolitan Division. It all just kind of happened out of nowhere.

That run puts them back in the top-five of this week’s NHL Power Rankings. Where do the rest of the teams sit this week?

1. Boston Bruins. The Bruins may not have the NHL’s longest current winning streak, but they have the league’s best record (by far) and are 17-5-2 in their most recent 25 games.

2. St. Louis Blues. Since snapping a five-game losing streak that slowed them down in mid-February, the defending champions have ripped off seven wins in a row. The only reason it has not created more space at the top of the Central Division is because of the next team.

3. Colorado Avalanche. Even with all of their injuries (Mikko Rantanen, Nazem Kadri, Philipp Grubauer, Andre Burakovsky, Matt Calvert) they are still rolling. They have won five in a row, have points in six straight, and are 13-4-3 in the past 20 games.

4. FLYERS. A healthy Carter Hart could be a game-changer here.