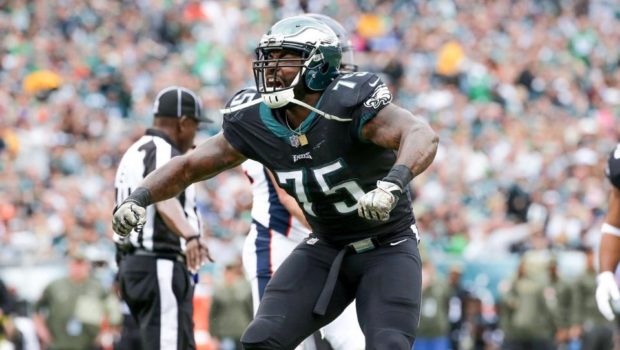 The Ringer.com gushes about the NFL-best Birds:

With a relentless pass rush, more quality play on special teams, and another explosive offensive performance, Philly jumped out to a huge early lead, posting 31 first-half points on one of the NFL’s best defenses before coasting to a 50-burger and an easy victory. The Eagles have scored a league-best 283 points and just won their league-best seventh straight game to push their record to a league-best 8-1; Philadelphia is the league’s best team and looks primed to not only make a run at the playoffs—that’s basically a lock at this point—but contend for its first Super Bowl title.

The Eagles have separated themselves from the pack this year with balance in all three phases, and that showed up against the Broncos. The defense stifled Denver’s run game, allowing just 35 yards on 19 totes, and they got after quarterback Brock Osweiler, picking him off two times and racking up three sacks and 10 quarterback hits. The special teams unit continued its stellar play, too: Kicker Jake Elliott has had a few hiccups on extra point tries (he’s missed three times in the past two weeks), but he has hit 16 straight field goals—including a franchise record five from 50-plus yards—and connected on a 45-yarder on Sunday. But while the team’s defense and special teams units have more than carried their own weight, it’s the offense under sophomore quarterback Carson Wentz that’s turned the Eagles into what looks like an unstoppable juggernaut.

Even without All-Pro left tackle Jason Peters (who is done for the year with a torn ACL and MCL) and top pass-catching target Zach Ertz (who missed this game with a hamstring injury), the Philly offense produced 419 yards and seven touchdowns on the day, scoring 50-plus points for just the ninth time in franchise history—their highest total since December 2013. And they did it all against a defense that came into the week second in Football Outsiders DVOA, scoring more points against the Broncos than any team in the past seven years. The Eagles posted 197 rushing yards and three touchdowns on 37 carries against a Denver squad that had yet to give up a score on the ground this year, and Wentz connected on 15 of 27 passes for 199 yards and four touchdowns before leaving the game late in the third quarter.

Wentz has quickly jumped to superstar status in his second year, and his NFL-best 23 touchdown passes and just five picks puts him at the front of the MVP race. He’s manning a creative and diverse offensive attack designed by head coach Doug Pederson, a scheme which Denver cornerback Chris Harris described as a “college offense” after the game. That might sound like a slight, but Harris was effusive in his praise and compared Philly’s system to that of the Chiefs: