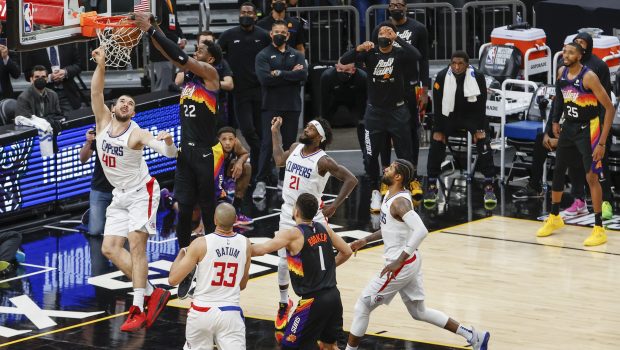 Deandre Ayton jammed an alley-oop pass from Jae Crowder with 0.7 seconds left, giving the Phoenix Suns a104-103 win over the Los Angeles Clippers in Game 2 of the Western Conference finals.

The Suns were down one with 0.9 seconds left when Crowder lofted a high pass on an out-of-bounds play on the baseline.

A soaring Ayton came down the lane and stuffed it over L.A.’s Ivica Zubac as the crowd roared in disbelief at Phoenix Suns Arena.

The referees spent about a minute reviewing the play before ruling the basket was good. The Clippers couldn’t get a shot off in the final 0.7 seconds.