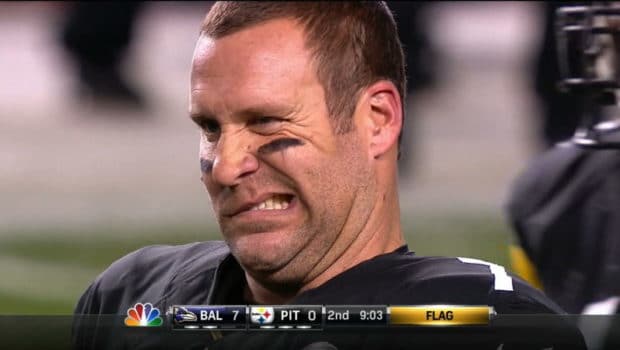 HEY, LYING DONALD TRUMP: BIG BEN IS NOT FOR YOU!

Chalk this one up to one more Donald Trump lie.

The presidential candidate is publicly courting Roethlisberger and other sports luminaries for next month’s Republican National Convention, but Big Ben told the Pittsburgh Post-Gazette he’s not endorsing Trump at the convention or otherwise.

Trump said in Virginia that he wants to create a “winner’s evening” of sports champions, listing Roethlisberger, New England Patriots quarterback Tom Brady and UFC president Dana White among his supporters. He wanted these stars to address the convention in Cleveland as examples of “winners” instead of “these people,” or politicians, according to the Times.

Brady has publicly supported Trump as a friend, but Roethlisberger says he is staying out of the political game. Roethlisberger generally stays low-key, so this decision isn’t surprising.