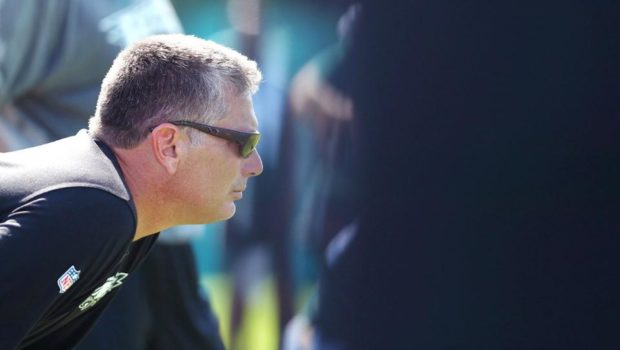 HEY JIM SCHWARTZ: YOUR EAGLES DEFENSE IS 26TH IN NFL IN DECEMBER!

Jim Schwartz sounded frustrated yesterday when he met with the media. That’s because the last three weeks have been a disaster for his once-great defense.

The Eagles rank 26th in the NFL in third-down stoppage rate over the past three weeks, and they’ve given up an average of 29.3 points per game over that span.

For the season as a whole, Philly ranks fourth in the league with an opponent third-down conversion percentage of 32.8 percent, and they’ve given up an average of 19.9 points per game on the year.