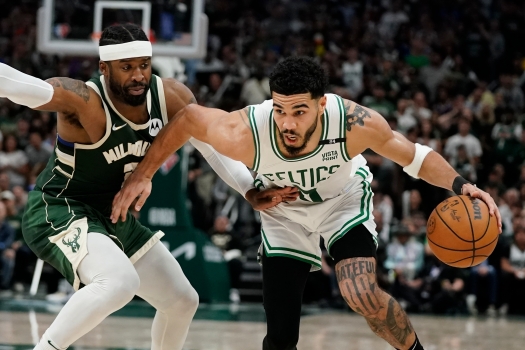 HEY HARDEN: CELTS TATUM SHOWS HOW TO COME THROUGH IN CLUTCH!

Memo to James Harden, who came up empty in the Sixers game 6 elimination game Thursday night:

This is what a true superstar does in the clutch:

With Boston on the edge of elimination on the road, Jayson Tatum scored 46 points with nine rebounds, four assists and a block in the Celtics’ 108-95 victory against Milwaukeein Game 6.

“That’s what he gets paid to do,” Celtics guard Marcus Smart. “That’s what we lean on him to do.”

Bucks star Giannis Antetokounmpo had 44 points and 20 rebounds, just the second 40-point, 20-rebound playoff performance in the past two decades.