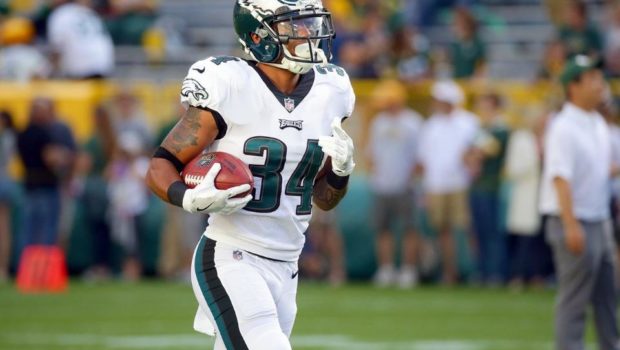 WTF’S UP WITH 5 EAGLES RUNNING BACKS AND 8 O-LINEMEN!?

At running back, the Eagles kept fourth-round pick Donnel Pumphrey (above), who averaged under two yards per carry in the preseason, and rookie free agent Corey Clement. The two players will complement Darren Sproles, Wendell Smallwood and LeGarrette Blount.

Teams will occasionally activate a fourth running back if he’s a return specialist, but Pumphrey’s audition as a kick returner in the preseason failed. Clement, who wasn’t much of a receiver at Wisconsin, doesn’t fit the bill.

It’s unlikely that either Pumphrey or Clement will be active on game day, unless Roseman has another move up his sleeve that changes the current outlook. Roseman’s itchy trade finger – he made five deals during the preseason — and penchant for working for the waiver wire make it dangerous to assume that the 53-man roster on Wednesday, when the team reconvenes to start practice for the opener, will be a carbon copy of the initial 53: