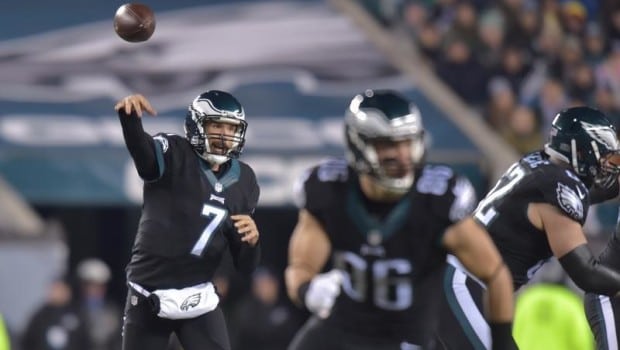 HEY, HOWIE BOY: WHEN WILL EAGLES JUMP ON BRADFORD BANDWAGON?

“I’ve played for five quarterbacks now in three years, which seems like a lot, and I want to play with Sam,” Zach Ertz said yesterday after signing his new contract. “Ultimately, that’s not my decision. But I think the chemistry that I developed with Sam and Jordan [Matthews] developed with Sam and some of the other guys developed – I think you saw the success firsthand with Donovan [McNabb]. He was a staple on this team for a long time, and when you’re able to have that continuity, I think it goes a long way.”