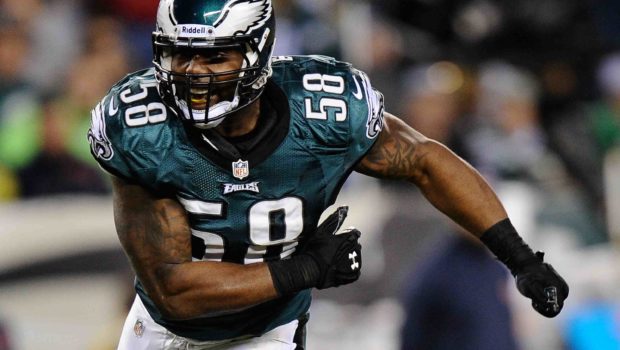 The Eagles need help at linebacker and big boss Howie Boy Roseman doesn’t have much money under the cap — approximately $7.5M — so:

A return could be on the cards for Trent Cole!

This longtime Eagle was cut at the end of the 2014 season, and he has spent two seasons with the Indianapolis Colts. Despite having back surgery early in the season, Cole managed to return and play in the team’s final five games, he recorded 13-tackles and two sacks.

With his age getting up there, Cole will be a small deal type of player, one the Eagles desperately need. Bringing in Cole as a pass rushing linebacker could boost the Eagles’ defense on passing downs. Keeping him off the field every play should also lessen the chances of an injury.

Second all time for the Eagles in sacks, Cole could return to add to his total next season. Allowing one of the best pass rushers in Eagles history to comeback and have one last hurrah with the team is a move that could shockingly payoff next season.