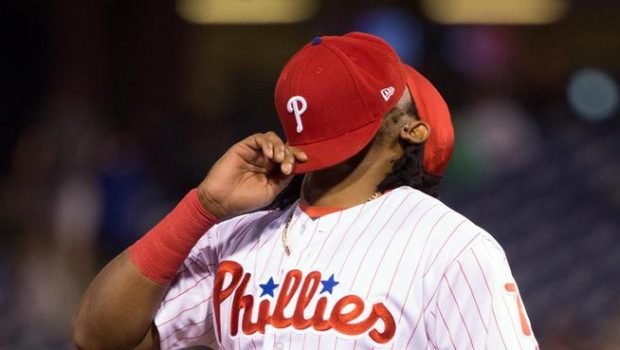 HEY FRANCO, IS RUNNING OUT A GROUND BALL TOO MUCH TO ASK!?

Maikel Franco lollygagged down the first base line and was beaten by Justin Turner’s throw.

“Those are things that I’ll absorb and digest from the game and decide what steps to take tomorrow,” Gabe Kapler said.

Why did Franco fail to run on the ground ball hit to Dodgers third baseman Turner with the bases loaded and two outs in the third inning? Turner’s throw to Dodgers first baseman Max Muncy pulled him off the bag, but because Franco jogged down the line, Muncy had plenty of time to recover and step on the base.

Kapler hinted that Franco could have a groin issue.

“Before I get into the details of that play, I want to talk to him,” Kapler said.

The Phillies’ night collapsed from there. They surrendered six runs in the fourth. Three runs scored on balls that never left the infield, including a safety squeeze from Dodgers catcher Austin Barnes. A fourth run scored when Barnes stole home to complete a double steal.

“That inning was kind of like Spring Training — what we do on the backfields,” Barnes said. “A sac bunt — a first-and-third bunt — then we do a double steal. I thought it was great.”