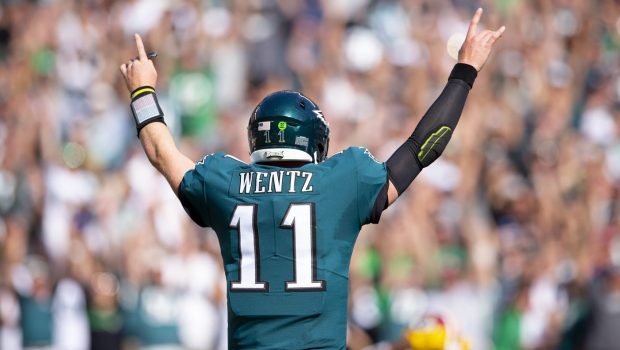 Third-best in the NFL, according to Pro Football Focus:

Armed with the best weapons in the league on paper coming into the year, Wentz has not had the same supporting cast we expected to see.

Injuries have depleted a deep receiving corps, though they showed flashes of big-play ability in Week 1.

Wentz has been better than his stats would show, mostly due to four big-time throws falling incomplete compared to just 17 such instances for the rest of the NFL.

Wentz ranks fifth in the league in big-time throw percentage, and he’s tied for third with a 92.9 grade on throws targeted 10 or more yards downfield.