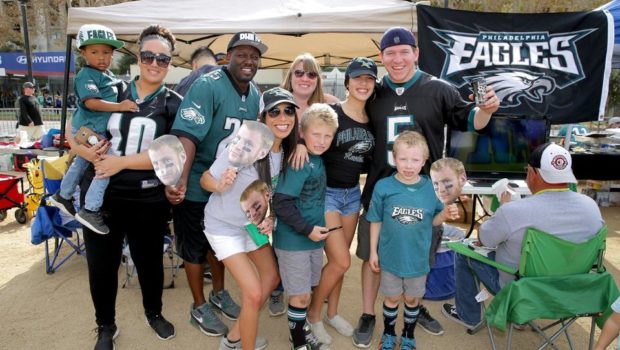 So, tell the truth:

How many of you were ready to leap from the Eagles’ bandwagon yesterday when the Rams came back in the third quarter and quarterback Carson Wentz was lost with a knee injury?

I won’t tell anyone.

Dan Graziano, an NFL writer for ESPN, is still a believer and thinks they’re still the best team in the NFC:

I’m going to say it’s still the Eagles, just not by as much. Their pass rush will help them finish games, and while they’ll obviously lose a lot if Foles can’t replicate Wentz’s third-down success, Foles knows the offense and I think we can trust Doug Pederson and Frank Reich to put their players in positions to be successful. I thought the Eagles were clear favorites to win the NFC as Week 14 dawned, and now I would rate them as one of several roughly equivalent possibilities. But since it looks likely they’ll get a bye and maybe even the No. 1 seed even without Wentz, I’ll give Philly the narrow edge.