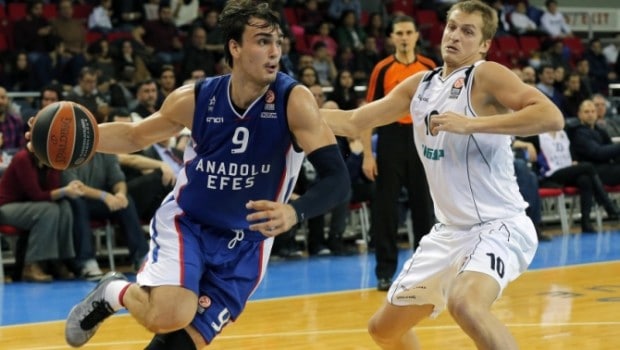 HEY DARIO SARIC: SIXER BIG BOSS SAYS THEY MIGHT NOT NEED YOU!

Philly is abuzz with anticipation of the Sixers’ 2016-17 season, which will include Joel Embiid, Big Ben Simmons and the returning stars Nerlens Noel and Jahlil Okafor.

But what about Dario Saric, whom the team drafted in 2014 and has been playing in Turkey ever since?

Everyone talks immediately about the financial gain… The way we’re looking at it is this is a great opportunity for Dario to come over right now. The timing is right for him to join this group of young guys that are coming together, we want him to be part of something that we’re starting today, and the timing could not be better for him to get his clock ticking as far as his NBA contract goes. He’ll be in a position to get that next one at a younger age.

Him being 22 and having played pro basketball for a few years, and him reaching a point of, I don’t know if you want to call it fatigue, he’s at a point where I think in order for him to take his next step basketball-wise it’s in the NBA.

I could make an argument that he really should come over, it’s good timing for us and good timing for him. If he wants to roll the dice on the financial aspect of it, our situation might be a little different next year and we might not have as much need for him.

I think all things are lining up where he wants to be here and we would like him to be here, and I think it’s going to play out that way if all things hold true.