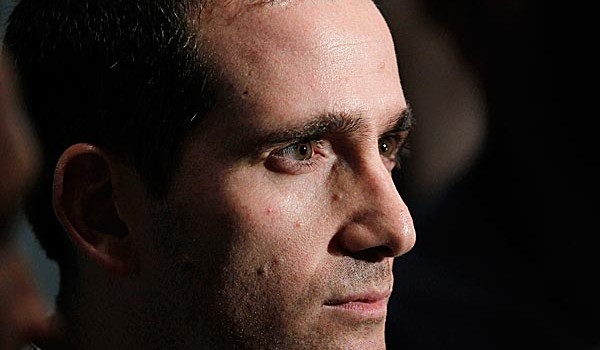 Okay, Chip-haters, Kelly is gone with his smoothies, sleep monitoring, S8 play-calling and his metronomic way of addressing the media.

Oh, and his dysfunctional personality, which somehow wasn’t picked up by trust-funder owner Jeff Lurie and his sidekick Howie Boy Roseman when they pursued him like a prom date three years ago.

So, that leaves Howie Boy back in charge, of the football operation and this search for a new coach.

Let’s review how the fantasy football expert has done as a talent-picker:

He’s the guy who drafted fireman Danny Watkins and Marcus Smith with first-round picks. And he is in charge of finding the next Eagles coach!

If you didn’t like Kelly, their second choice was Gus Bradley, who is 12-35 with the Jacksonville Jaguars. Which is worse than 6-9.

Roseman, who was weaned under Joe Banner, took over as general manager in 2010. The team is 48-49 since then and 0-2 in playoff games.

In 2010, the Eagles moved up in the first round to take Brandon Graham, with Jason Pierre-Paul and Earl Thomas still on the board. Graham and Riley Cooper are the only players still on the team from that class.

The 2011 draft is one of the worst in history. Watkins in the first round; Jaquan Jarrett in the second round; Curtis Marsh in the third round. Only Jason Kelce, a sixth-round pick, is still around.

Roseman has gotten praised for the 2012 draft, the one that’s been said he was really in charge, but look that one over and tell me who besides Fletcher Cox is going to help the Eagles going forward?

And, of course, there was 2014, Roseman’s last draft when he selected Marcus Smith in the first round.