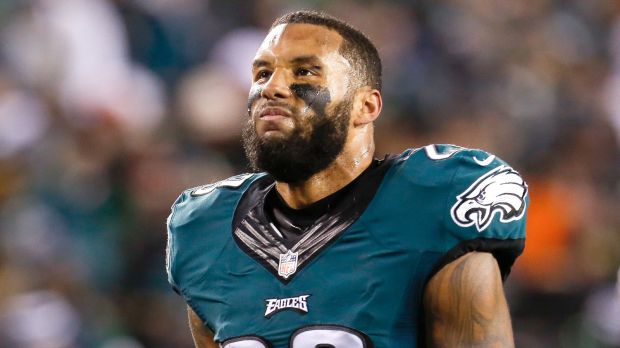 The airwaves and blogs have been filled this week with the rantings of Brandon Boykin, the passive aggressive ex-Eagles nickel back whose real beef with coach Chip Kelly is that he wouldn’t make him a starter because Kelly didn’t think he was big enough.

Kelly’s decision, which mirrored Andy Reid’s, was that Boykin was best suited to the nickel spot. Perhaps Boykin will get a chance to start as a four-down cornerback for the Steelers and coach Mike Tomlin.

And, by the way, Carroll is also African-American.

Kelly’s practices are strenuous. The third-year head coach believes the harder a player pushes himself during the week, the better they’ll perform on Sundays. It’s all about tempo and timing. And each day the Eagles try to dial up the speed on offense.

For defenders, the frenetic pace can be dizzying, but the goal is to raise the entire team’s level of play. But getting players’ bodies back to full strength as quickly as possible remains the priority.

“You have to be able to recover as hard as your practice,” Carroll said. “That was one of the things that I kind of did when I was in Miami, but I didn’t fully understand the different ways on how to recover until I got to Philly.”

Most of the time at the facility is traditional: X’s and O’s.

Another chunk is spent watching presentations on understanding the importance of recovery. Those presentations detail how much a player’s body might break down after a certain period of working out, how easily it is to become dehydrated during an exhaustive workout and the major disadvantages of drinking alcohol.

Kelly’s sport science team explains the most effective ways to recover and allows the players to operate at their own pace.

“That’s one of the things that I delve into because I want to understand how to be healthy,” Carroll said. “For me I’m glad we have this info because it lets me take it to another level and I can do it on my own. I don’t have to be at the facility to apply these good habits to my everyday life.”

The Eagles also have started cognitive learning classes. These are meant to inform how player’s minds work before and after competition.

Kelly invited doctors and life coaches into the facility to do interactive activities to show the players how their brain works and functions. The hope is that players will be able to strengthen their minds and concentrate at the tasks at hand.

“They would tell us in the beginning of the training that they would weed out people that they knew weren’t cut out for it,” Carroll said. “They didn’t necessarily want the most athletic, the biggest, the strongest or the fastest person, they wanted the right person for the group. And I think that’s what we’re doing with our football team. We don’t need the fastest, strongest, biggest guys. We need guys that fit the system. We need guys who can thrive in our system.”

The recovery and mental aspect to the game are elements that other NFL clubs haven’t invested in, according to Carroll.

Carroll, who is entering his sixth season in the league, was drafted by the Miami Dolphins in 2010. This season, he’ll likely be starting opposite No. 1 cornerback Byron Maxwell. Carroll, however, is competing in training camp for the job mainly with second-round pick Eric Rowe.

To gain an edge on the competition, Carroll focused on the mental aspect of the game this offseason. In the past, he would spend his time trying to become more athletic. This year, it was about concentrating on the scheme.

Spending some time playing dime linebacker last season, the new position gave him added perspective of the defense. Understanding what defensive linemen’s duties are allowed him to rely on his instincts. Applying that level of knowledge to the cornerback position, will only bolster defensive coordinator Billy Davis’ unit.

“When a play is called, I’m on the same page with everyone,” Carroll said. “When we make calls, it won’t be something that surprises me if they see something differently than I do. I want to be able to anticipate things so I can just react and produce.”