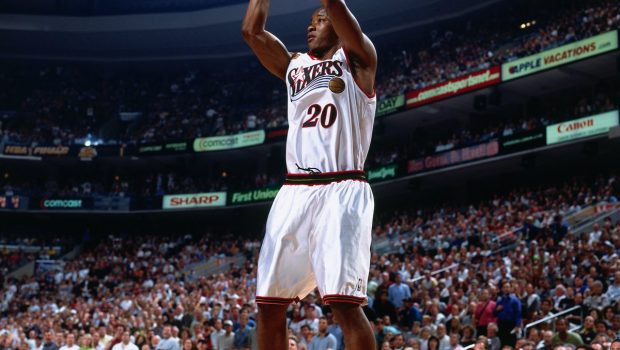 HEY BEN SIMMONS: EVEN SIXER ERIC SNOW MADE HIMSELF A SHOOTER!

Former Sixers big man Theo Ratliff, who played 20 years ago on the team that went to the NBA Finals (Theo was traded before the playoffs) discussed Ben Simmons’ struggles on Sirius/XM:

It’s more about Ben to me than anything because for you to be an All-Star, MVP-caliber player, all you have to do is develop a 10 foot jump shot.

Even when I played, we had Eric Snow, who was considered not to be a shooter, but he worked on his craft, enough to where Eric took some of the biggest shots we had in the in the game at points and made them.

That only comes with practice and I just don’t get him just refusing to actually shoot a 10-foot jumper and being able to be consistent at that and being the type of player that he is.