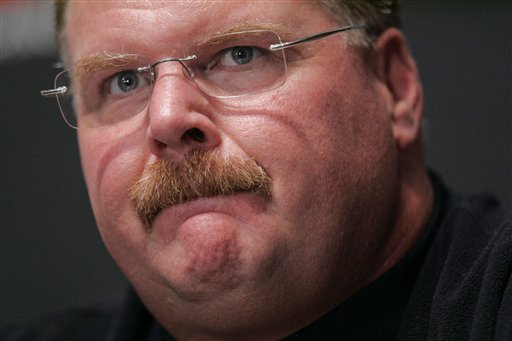 HEY ANDY REID, WHO ARE YOU CALLING A FAT-ASS?

Brett Favre returned to Green Bay Saturday and was honored for his terrific career among the cheese heads, and as he accepted the plaudit he told a story about his former quarterback coach in Green Bay, a fellow named Andy Reid, who would go on to head coach the Eagles for 14 seasons from 1999-to-2012.

“So Andy, he gets his cord caught, and he looks back, and it’s this heavyset guy who’s standing on his cord. And Andy says to him ‘Hey! Get off the cord you fat ass!’ … This was one of our guys now. He looks to Andy and says ‘Who are you calling a fat ass?!'”