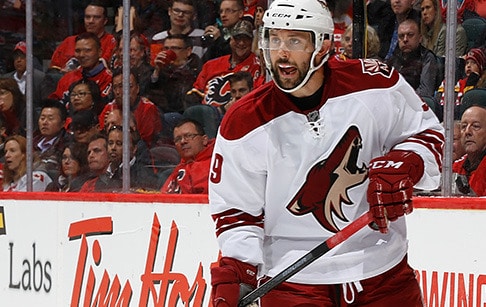 The Flyers open training camp next week at the Skate Zone in Voorhees, and general manager Ron Hextall is bullish.

Hextall thinks the Flyers patched holes through his biggest offseason additions: forward Sam Gagner coming in a trade with the Arizona Coyotes, Russian defenseman Evgeni Medvedev being signed as a free agent out of the KHL and new No. 2 goalie Michael Neuvirth joining as a free agent signee.

“I like the three pieces that we added,” Hextall said. “We knew we needed to add a skill player up front and we did with Sam. We needed to add a defensemen on the backend and with some size and moving ability and skating ability, we feel like we did that with Evgeni. And obviously with Michael … with Mason’s problems last year with some injuries, to have Michael alongside we feel like that’s an upgrade as well.

Vinny Lecavalier, a center with more than 400 goals on his NHL resume, mostly played right wing on the fourth line or was a healthy scratch.

The result was no playoffs for the second time in three seasons — then a coaching change with Craig Berube losing his job and Dave Hakstol leaving college hockey to become an NHL head coach.

Now here we are close to the start of a new season with training camp for Flyers’ rookies beginning Sept. 14 and veterans set to hit the ice on Sept. 18.