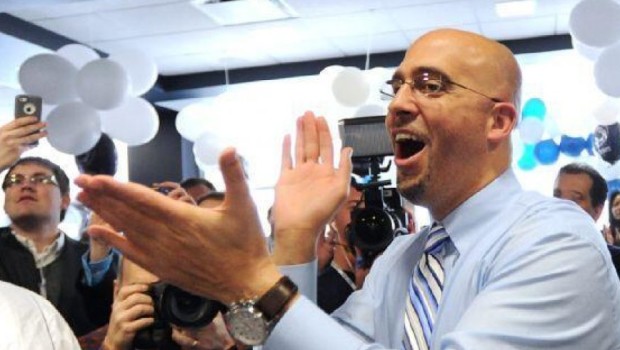 The Nits’ spring game Saturday could include an unheard-of twist: an on-field performance by the media that draws the acclaim of 85,000 fans.

Franklin said yesterday that the school would allow interested members of the media to participate on the field during the game in “catching punts, catching kicks — doing some things.”

Franklin, entering his fourth season as Penn State coach, said the event would also give the media members who don’t jump into the fray Saturday the opportunity to cover those who do.

“Allow you guys,” Franklin said, motioning his fingers in a circle in pointing to the perimeter of media on han, “to write articles about them,” he said, directing his gesture to the media assembled at the center of the group. “But we thought that would be fun.”

Franklin, who spent three seasons at Vanderbilt before taking the Penn State job, is coming off his most successful year as a coach after the Nittany Lions went 11-3. They ended the season with a thrilling 52-49 loss to USC in the Rose Bowl.