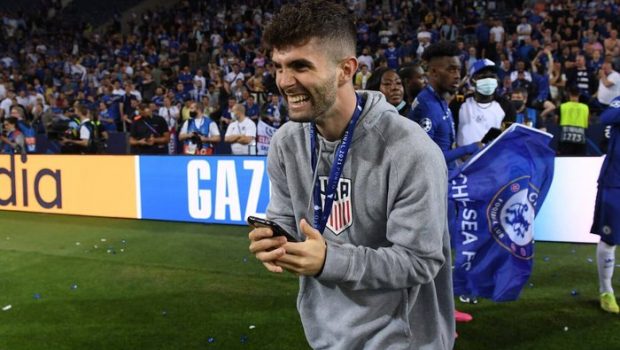 Christian Pulisic, a Hershey, Pa., native, became the first American to play in and then win a Champions League final when he was introduced in the second half of Chelsea’s victory against Manchester City .

Pulisic, 22, was introduced for forward Timo Werner midway through the second half, with Chelsea leading the match 1-0.

He was Chelsea’s second substitution after defender Thiago Silva was forced off in the first half with an injury after colliding with Manchester City’s Phil Foden.

Chelsea held out to win the game, with Pulisic on the pitch at the final whistle as his side secured their second Champions League trophy.

Yes. Jovan Kirovski was part of the Borussia Dortmund squad when they reached the Champions League final in 1997, but he did not get on the pitch.

Neven Subotic played for the United States at youth team level after growing up in the country and also started for Dortmund in 2013. However, he was not born in the nation and played for Serbia at senior international level.

Havertz put Chelsea into the lead in the first-half of Saturday night’s game.

Pulisic was introduced in the second-half and had an opportunity to put Chelsea further ahead. He broke through on goal but managed to put a shot from yards out wide of Ederson’s net.

But it did not matter as Chelsea held out after Havertz’s strike and managed to wrap up the win in Portugal.