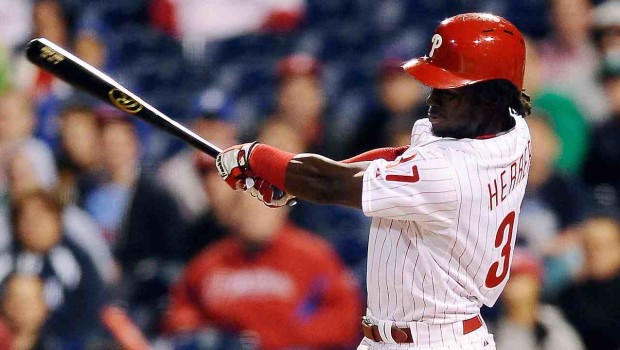 Odubel Herrera got off to a great start yesterday by going 2 for 2 with an RBI and a run scored in the Phillies’ 8-3 victory over the University of Tampa.

Aaron Nola, who was credited with the win, followed with his own 1-2-3 frame in the second inning, Herrera then added an RBI single.

”He hit a couple of lasers,” Mackanin said of Herrera, who batted .297 in 147 games as a rookie last season.

The Phillies tacked on three more runs in the third inning, highlighted by a two-run single from non-roster infielder Angelys Nina.

”Not many of (our) guys are going to make it to major league baseball,” University of Tampa manager Joe Urso said. ”So to come out here and be able to play the Phillies, I can’t thank them enough for putting this together for us two years in a row.”

”These are memories this kids will never forget. It’s not about winning and losing for me – for me it’s about representing our university well, and we’ve done that two years in a row.”