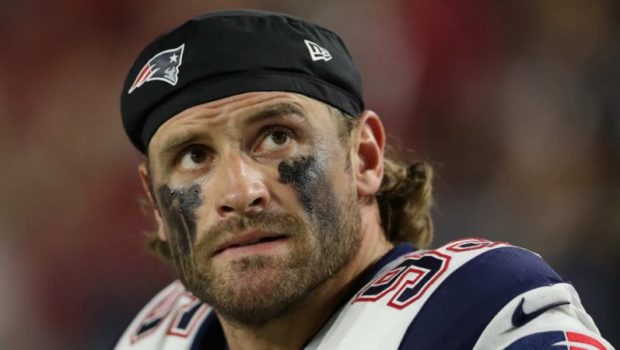 OUR HERO! EAGLES’ CHRIS LONG PUTS HIS MONEY WHERE HIS MOUTH IS!

Eagles’ D-lineman Chris Long announced via Twitter yesterday that he would be giving the 10 checks to charitable organizations in Philly, Boston, and St. Louis “whose missions focus on making education easily accessible to underserved youth while also providing students the support they need to develop strong social and emotional character.” 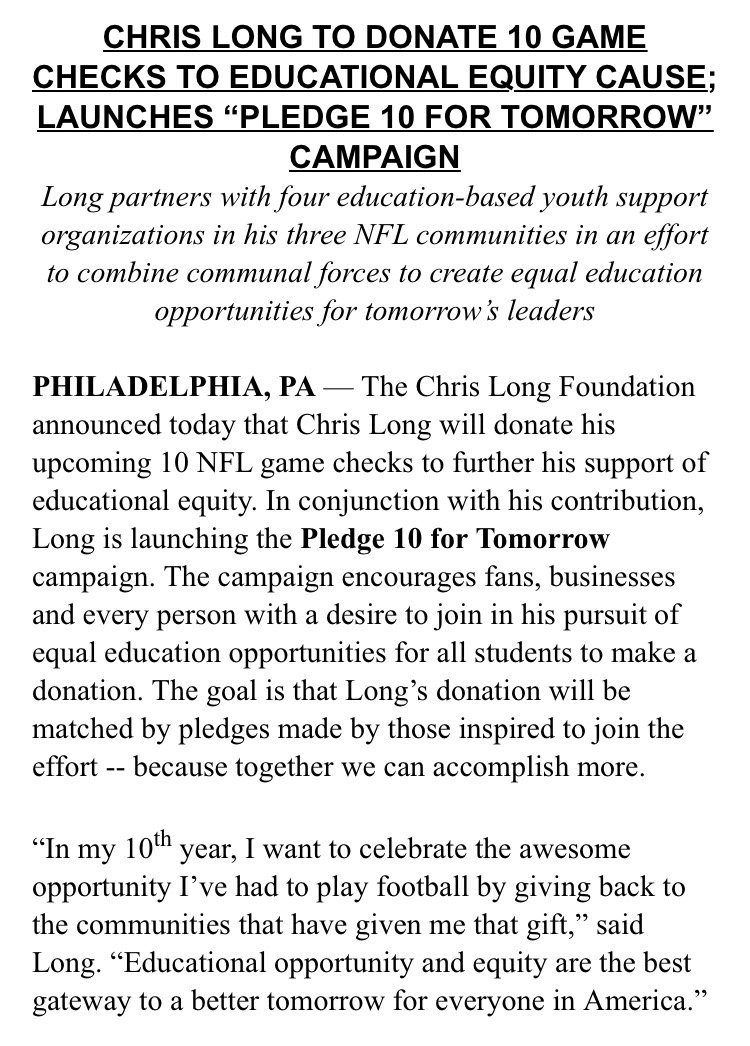 Long is using the donations as a kickoff to his “Pledge 10 for Tomorrow” drive, and hopes his checks will be matched by pledges.

“In my 10th year, I want to celebrate the awesome opportunity I’ve had to play football by giving back to the communities that have given me that gift,” Long said in a statement. “Educational opportunity and equity are the best gateway to a better tomorrow for everyone in America.”

Long has been one of the more outspoken players in the recent wave of NFL activism,supporting teammate Malcolm Jenkins in his protest and criticizing those who would try to slap the tired “stick to sports” label on him.

“If you listen to people who tell you to ‘Stick to sports,’ I would ask them, ‘Do you stick to whatever your occupation is?’ ” Long said in August. “People always want to hear from athletes when they agree with them. When we voice a [dissenting] opinion, they have an issue with it. I think that athletes are role models. We should think about what we’re saying, then speak. And speak wisely.”

Donating an entire season’s worth of checks seems a pretty wise way to demonstrate values.