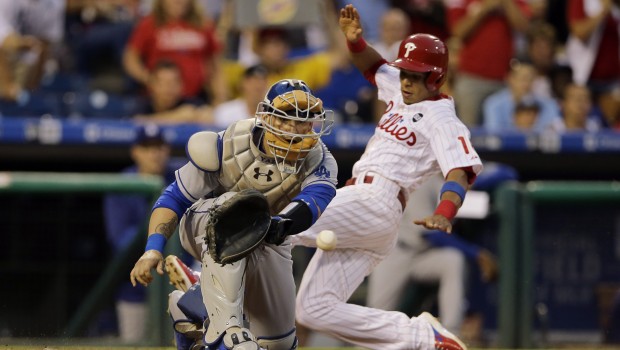 The Phillies placed second baseman Cesar Hernandez on the 60-day disabled list Monday after he dislocated his left thumb on a collision at first base in the seventh inning of Sunday’s 7-4 victory over the Cubs at Citizens Bank Park.

He is scheduled to have surgery Wednesday to repair ligament damage in the thumb and will miss the rest of this season.

“The prognosis is that he’s going to be fine for next year,” Phillies interim manager Pete Mackanin said.

He showed some potential this season and he is expected to be the team’s opening day second baseman in 2016. Darnell Sweeney and Andres Blanco are expected to see the majority of playing time at second with Hernandez out.

“I’ve seen enough that I’d feel comfortable with him at second base,” Mackanin said about Hernandez. “It doesn’t mean that anything else could come up, trades, anything like that could happen. But I like him. He offers a lot. He can steal a base. This is his first year getting this many at-bats at this level, so I think he’s learned from it. He’s learned from some of the mistakes that he made. We all do. I like what I see.”