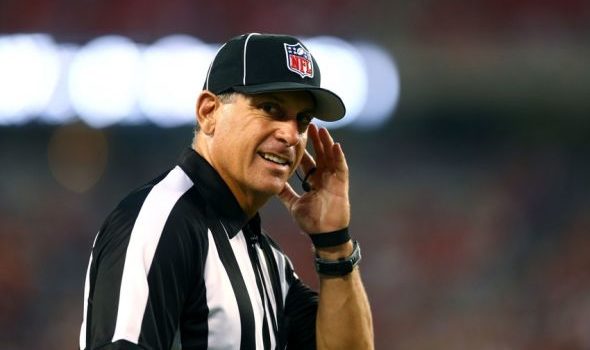 HERE’S THE ZEBRA WHO WILL OVERPENALIZE EAGLES TOMORROW!

Scouting report: Hussey’s crew has called 25 offensive holding penalties, second most in the league. On the other hand, it has called only 13 penalties for defensive holding, illegal contact and defensive pass interference — fewer than all but one crew. That could be a good sign for the Vikings’ secondary, which has its share of physical cover men. Cornerbacks Xavier Rhodes, Terence Newman and Trae Waynes have been called for a combined 10 penalties this season in pass defense.