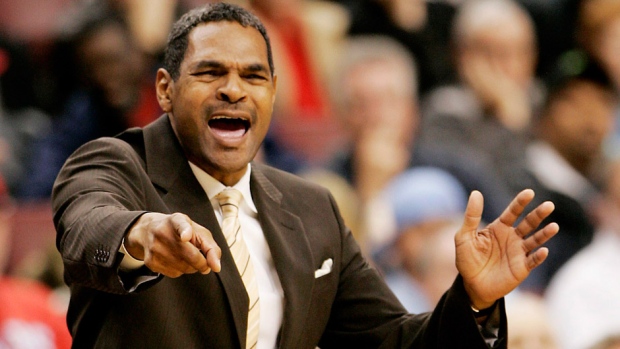 HERE’S WHY MATT BARNES IS AN ASSHOLE: HE WANTED TO CLOCK SIXER COACH MO CHEEKS!

In case you were wondering, the Clippers’ Matt Barnes is an asshole.

And a profile in Sports Illustrated of the longtime NBA role player shows why he is considered a jerk by every player in the NBA.

For example, here is a scene from a Sixers’ practice in 2005-06, when Barnes was a benchwarmer and Sixers legend Mo Cheeks, one of the nicest guys ever to play in the NBA, was the coach:

As Barnes tells it, he was working with shooting coach Buzz Braman after practice, hoping to smooth out a hitch in his shot, when Sixers head coach Mo Cheeks walked by. “I don’t see why you’re working on your shot,” Cheeks said. “You’re not going to get to shoot here.” Barnes fumed, but said nothing.

A week later, in practice, things came to a head. “I came down on a 3-on-1 and hit a pull-up 15-footer off the glass and [Cheeks] stopped practice,” says Barnes. “He yells, ‘What are you doing? What are you shooting the ball for? You know that’s not your job, you gotta pass the ball!’”

Barnes was shocked “What? But I made the shot.”

And then, Barnes says, he lost it. “I was going to chase him down and whoop his ass, so I took off after him and AI grabbed me and I got through him and Chris [Webber] grabbed me and bearhugged me and I said to Mo, ‘You’re lucky.’”

Says Barnes now: “I hated Mo Cheeks. He was a dick.”