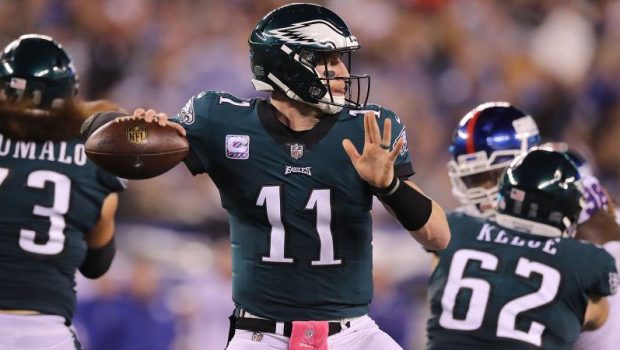 HERE’S WHY YOU SHOULD BENCH EAGLES CARSON WENTZ IN FANTASY!

The Eagles are big faves against the Cowboys tomorrow night at the Linc and quarterback Carson Wentz has his mojo back after last December’s serious knee injury.

But you might want to avoid him in fantasy for Sunday Night Football:

Wentz had 286 yards passing and three touchdowns in the Oct. 28 victory over the Jaguars in London, but he’ll struggle against the Cowboys, who are a top-five defense in yards per game (217) and passing touchdowns (10).

The Cowboys have also held opposing quarterbacks to under 180 yards passing in two of their past three games.