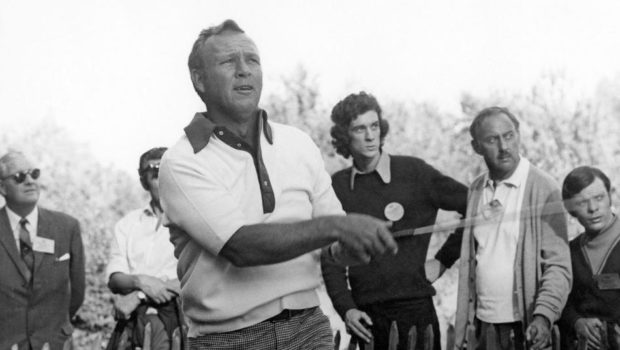 WHY WE’LL MISS ARNIE PALMER, THE MAN WHO MADE GOLF MATTER

There was always the idea that Lee Trevino, who would end his own colorful career with six majors to Arnold’s seven, was the one who took golf away from country clubs and gave it to regular sports fans the way Jimmy Connors would later do with tennis. It was because of Trevino’s own hustler background, once famously saying that pressure was playing for five dollars when you only had two in your pocket.

But it was Palmer who did that first, and in lights, Palmer who made golf available and made it watchable, Palmer who made golf fans and regular sports fans care about him when he would toss his cigarette away and hitch his pants and take a swing at the ball that sometimes made him look like somebody slashing his way through a jungle with a machete. Palmer made you care. We wouldn’t keep coming back to sports if we didn’t care: