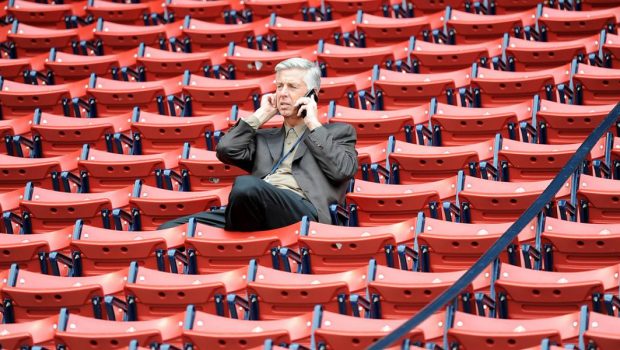 Over more than 30 years running front offices, Dave Dombrowski has pulled off one blockbuster trade after another, whether he’s been buying, selling or swapping established players.

Now he is bringing that extensive history with him to Philly, which officially hired the 64-year-old executive as its first president of baseball operations yesterday.

Dombrowski’s aggressive ways first emerged with the Montreal Expos from 1988-91. They continued as he led baseball operations with the expansion Marlins from 1992-2001, the Tigers from 2001-15 and the Red Sox from 2015-19. Dombrowski has generated a great deal of success, too. He’s the only MLB general manager to take three different franchises to the World Series, winning titles in Miami (1997) and Boston (2018).

The Phillies are hungry to reach those heights. Dombrowski joins a team that has not made the playoffs or even finished above the .500 mark in any of the past nine seasons. High-profile acquisitions such as Bryce Harper, J.T. Realmuto and Zack Wheeler have not been enough to push Philly over the top, and now Realmuto is a free agent, while the roster also has other major holes to fill.

Will Dombrowski look to bring back Realmuto? Sign another big-time free agent? Trade prospects for Major League help? That is not yet clear, but if his track record is any indication, he won’t be sitting on his hands.