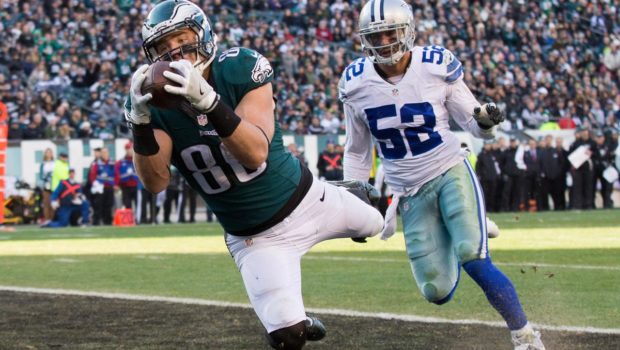 The Eagles are 3 1/2-point dogs at Dallas tomorrow, and tight end Zach Ertz is the key to an upset.

“If you look at his career against the Cowboys, first game this year he had 14 catches. Last year he only had four catches. In 16 he had 17 catches.

Sometimes, I would like Byron Jones to walk out there with him and deny them the football.

I think the one guy that can really hurt you in this game, and he’s proven that by the way the quarterback has gone to him, is Zach Ertz.”